No one gave them a chance. Will you?

Unfortunately, Scout's Honor Rescue is often the only organization that can help certain dogs or cats that are literally dying on the street or in the pounds. Whether Scout's Honor can help those animals depends in large part on its funding, but we try to help them when we are able. Below are two examples of amazing animals who were near death, but who Scout's Honor was able to save and nurse back to health. Both of these babies are doing wonderfully and are available for adoption!! But we are still paying their vet bills!

Beautiful EZ: Meet "EZ." EZ had been thrown from a truck and then hit by a car on Westpark Tollway. The vet wanted to put her down because of her injuries, but Scout's Honor said "no way!" Scout's Honor named her EZ after the Tollway's EZ Pass. Her right hip was dislocated, and her left front paw was fractured, but her spirit was far from broken. EZ's life for the past six months has not been "EZ," but after five surgeries, she is healthy and happy!

Handsome Frito: This is "Frito." Frito was once a sickly, emaciated lab mix that Scout's Honor rescued from BARC in June. His before picture says it all, and Scout's Honor's vet says that this was clearly a case of intentional starvation because no dog could get in this condition on its own. After some much-needed love, food, and patience, Frito has become this strikingly handsome, sleek and muscular, funny, puppy-like wonder dog! 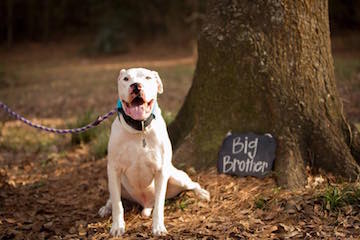