Facebook Twitter Email
Meet Crewe.
We met Crewe up at BARC where he was being held separately from the other dogs due to his being injured. He walked a bit stooped over and with a limp. We took him out of BARC and to our emergency vet to be looked at. The vets could tell that he had a broken leg and pelvis and had some other prior injures that had healed some. Based on his injuries, it was clear that he needed to see a specialist. We then took him to see our orthopedic specialist at Gulf Coast Vet Specialists. Upon examination, he determined that Crewe's injuries could be fixed, but it would take a fairly involved surgery. We went ahead and had the surgery done on Crewe. The surgery lasted 6 hours and was successful. Despite the nature of his injuries and the surgery he underwent, he was trying to walk on his bad leg only a day after surgery. After his follow up visits, his doctor says that he is healing well and will be able to be as active as any other dog.
Crewe is a very sweet dog and loves everyone he meets. He also has gotten along with every dog he has met. Crewe is a younger dog and is probably only a couple years old. He looks to be some type of Lab mix and weighs around 60 pounds or so. His most striking feature is his eyes which are two different colors (one blue, one brown). You cant help but fall in love when he looks at you. Crewe love to play and will love you forever if you just play with him. Crewe is a very friendly dog who always looks like he is smiling. He just wants someone to pay attention to him and play with him.  Check him out HERE picking out new toys!
Please give this good boy the second chance he deserves. Crewe is currently in boarding, so even if you are not ready to adopt, please consider fostering him. Fill out an app at www.scoutshonor.org! 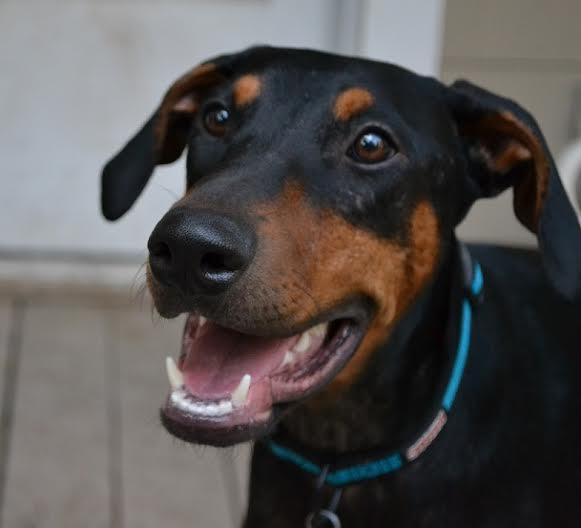